We are up and running

We have power. I am now old enough, that I didn't think for one minute that it was an adventure. Nope, not one second. We have lived here for 27 years and probably lost power a dozen times, so I knew we could figure it out, but.. I was whiney.


I was working on this quilt on the longarm 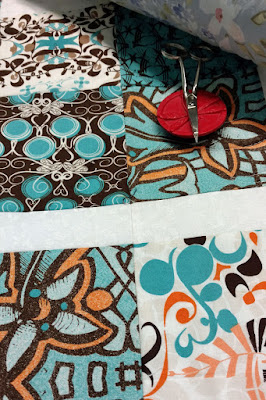 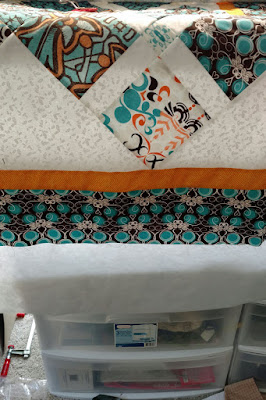 With this much to go when the alerts for extreme weather started coming in. Outside did not look threatening. Then I saw this, and started taking pictures. 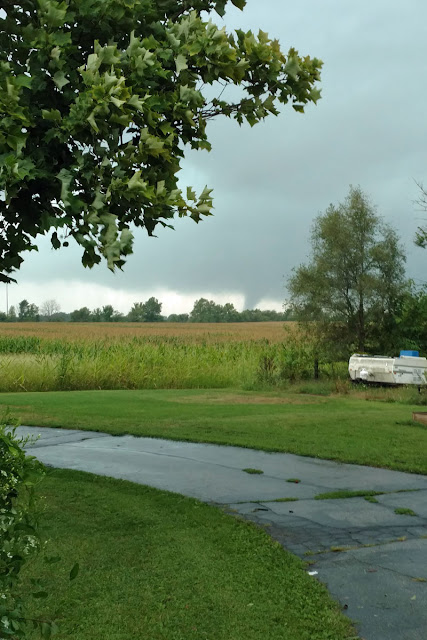 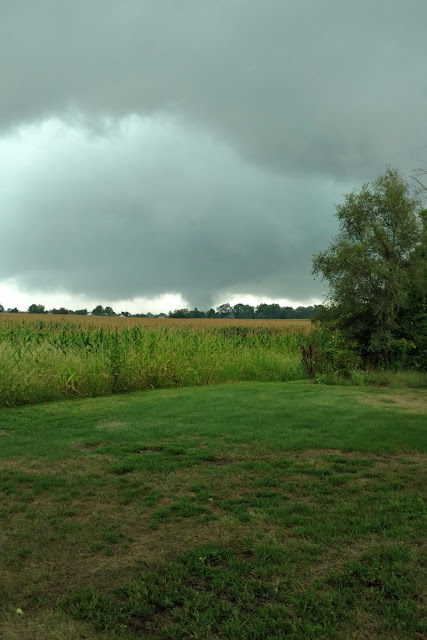 It was headed east toward town. And that was the first of 12 tornadoes in my little community. Miraculously, there were no serious injuries. 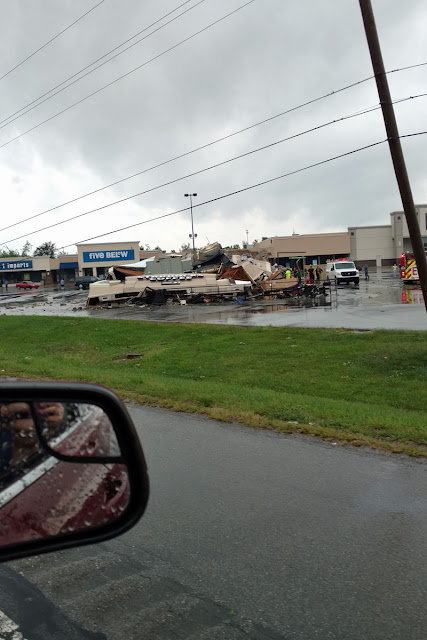 There were 25 people in this starbucks when it was hit. They had rushed into the restroom, and none of them were harmed.  Across the street many houses were flattened and damaged. 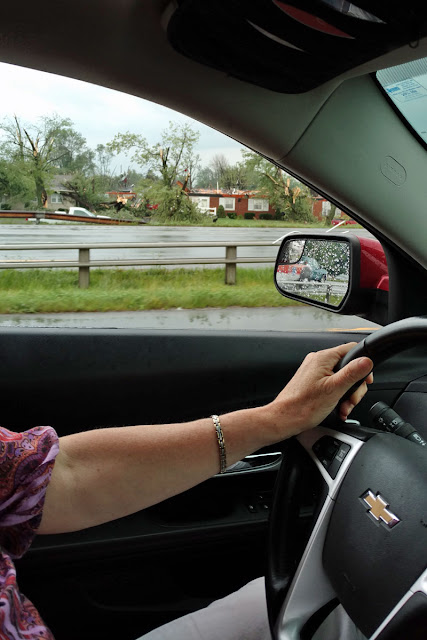 We lost power from the first tornado almost as I was snapping pictures. And I had forgotten how much I take for granted. We have a well so without power, we also have no water. All these years, we have not given into the idea of a generator, but this time we did. 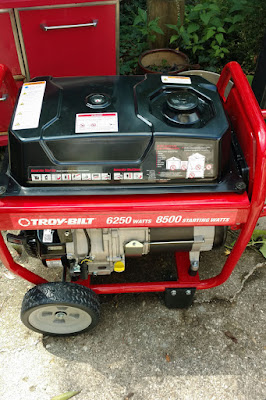 They are noisy but we finally, could sleep. Both my husband and I need sleep machines at night, and I was so tired after a night without mine. They really do help.
I really missed sewing - I could treadle but the lighting was challenging. 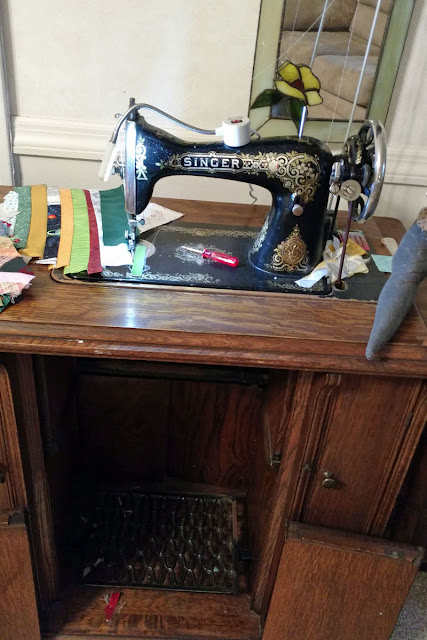 I have a box of strings I like to use on the treadle. 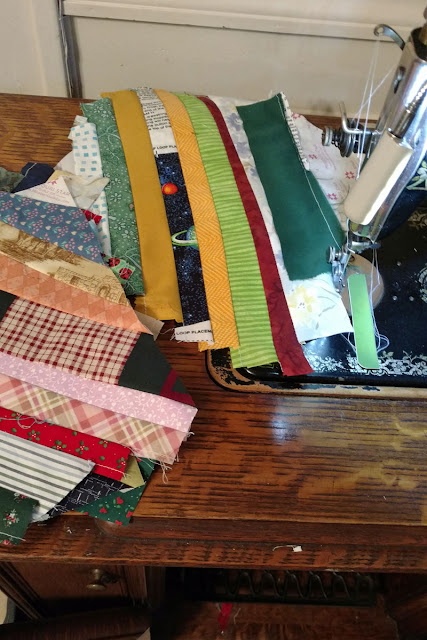 We were truly blessed .

Posted by maggie fellow at 7:15 PM