I had a great question about our trip to Crown Hill Cemetery about the coins found on some of the tombstones. I had a vague recollection of this tradition, but had not personally seen it. There was a plaque at James Whitcomb Riley's grave explaining that all coins were donated to the Riley foundation which bears his name and responsible for our wonderful children's hospital here in Indiana.
I did some digging. There are some who assume the tradition is from paying the ferryman over the river Styz in Greek mythology. For some pennies left on graves are in remembrance of the deceased, leaving a part of yourself as a show of respect and support.
But the most inspiring accounts, talk about a special custom among the military called the Coin salute - a comaraderie of brothers in arms.
A single penny means someone has visited to pay their respect and as a comfort to the family. A nickel indicates that they were in boot camp together. A dime is left by someone who served with them. But a quarter signifies that they were present when the soldier died.
How wonderful.

A finish- I love them 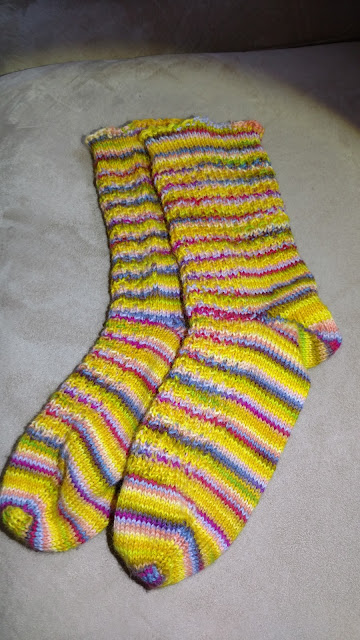 I have made these socks four times over with the mistakes and redos. sigh...
I have more yarn leftover than expected, so I bought a solid gray and will combine the two for another pair of socks. 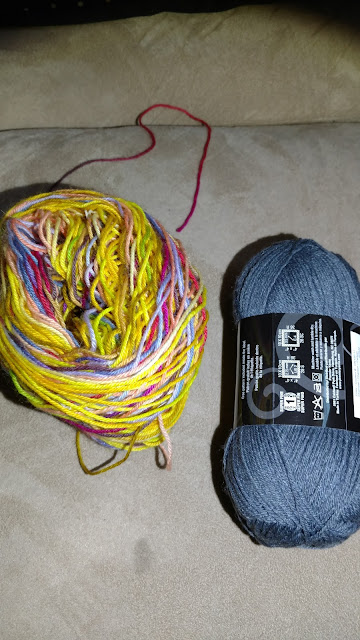 I have been stockpiling pieces for American Beauty Rose quilt so that i can hand stitch in the evenings. 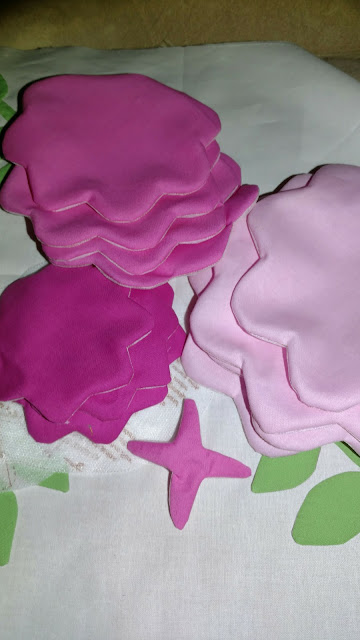 And, finally more blue skies for my knit the sky scarf. 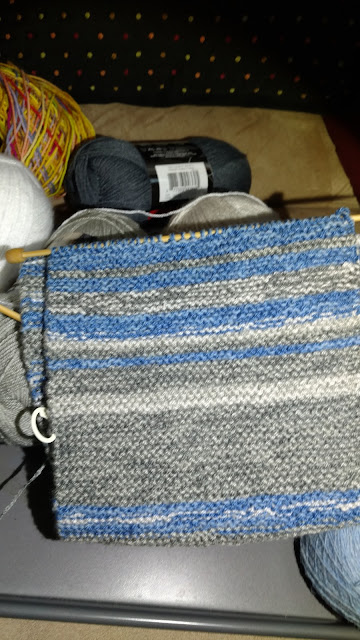 Posted by maggie fellow at 8:02 AM