I needed to clean off the design wall and put it away for a visit from our Grandson. There is a bed behind it. The hourglass quilt just needed a few pieces to finish and would be so much better than dumping it in a box and forgetting what I was doing. However, when all the pieces were done, the hourglasses were wrong in the corner. Oh my, I checked and checked. I counted the little tiny squares on the graph over and over. I walked away three times. I rotated the quilt and replaced everything. The counts were right, the hourglasses were right. I gave up and put on my pjs. I went back. Now it was war. This time I started at the first corner, not the two I had been working to piece. And there it was - a mistake in the very first turquoise row, I had not thought to check the already done part. Since it was all pinned and pinned, I sat on the floor to unpick the seam and started rearranging. And finally, it was right.  Argh  and phooey. 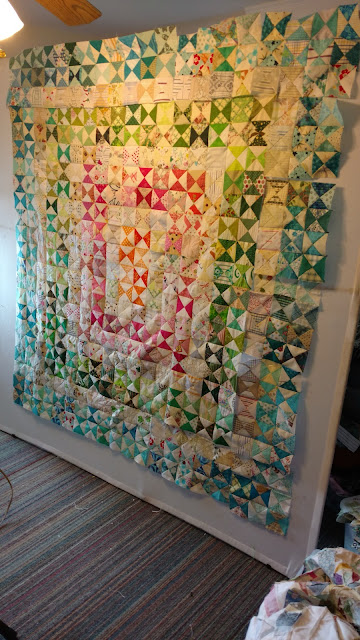 It was too late to actually finish sewing.
Only purple left in the basket to add to the quilt. 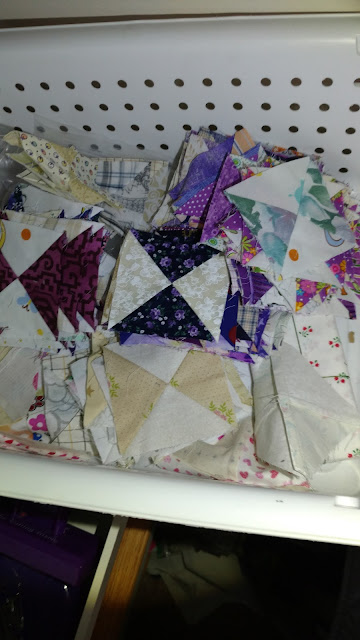 All the 4 patch x blocks are trimmed 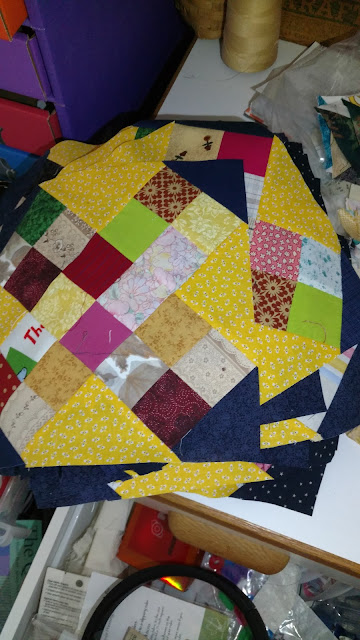 All these string blocks are trimmed and starched 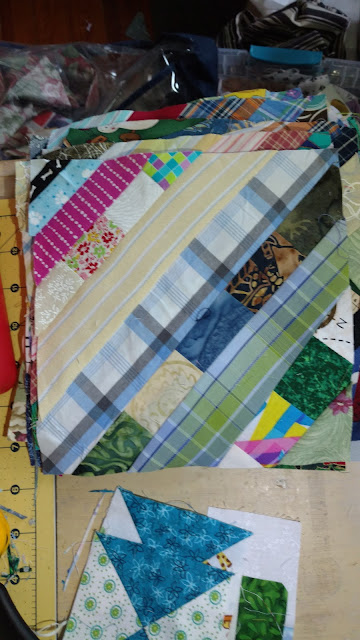 backing and binding are ready for wild and goosey 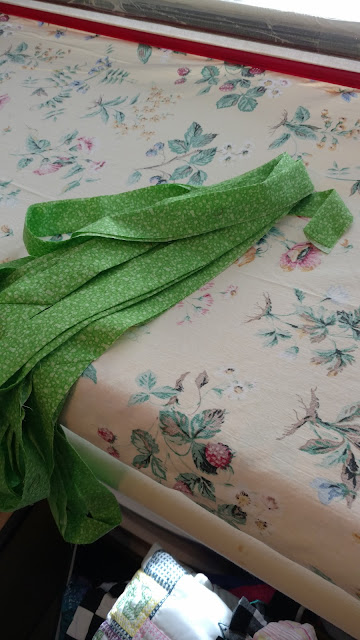 One of my time outs included a bit of purging and organizing. I found this in a bag of scraps someone had given me. 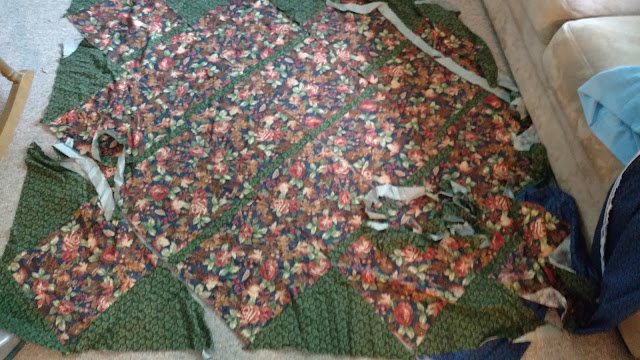 It appears to be all there. I just had to check and see. I can't save everything. right? It isn't my style but oh well, it will make a good donation quilt after JUST a few seams. There was a bit of purging too. Not enough but some.
Everything may be on hold while we have our Grandson for a week. We may try to have fun:)


I am linking to:
TGIFF
Finished or Not Fridays
Whoop Whoop
Crazy Mom QUilts

Posted by maggie fellow at 9:07 AM