I have a finish. And this is my One monthly goal for May and my UFO 2017. So far I have 5 for 5. I wasn't sure I would be able to completely finish this  in one month. But I did! After I pushed past the secondary block, I was just so excited with each step. The wind made pictures a challenge.  I think I am naming it Cross Geese but it is using the wild and goosey pattern from Bonnie Hunter at Quiltville 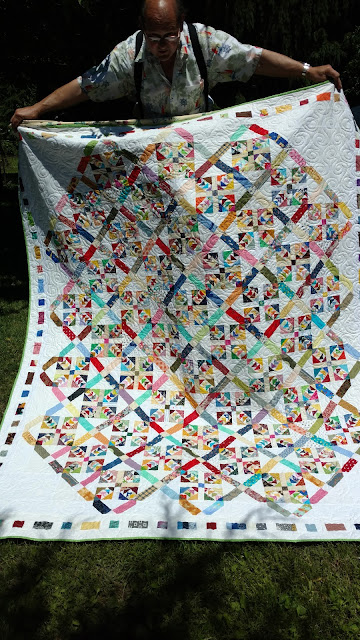 It finished 75 x 95. I used 48 goosey blocks  or 172 copies of the actual pattern. When I started, well first I said I would never make this one, I don't like paper piecing, but then I had a friend who was making it, and they were so cute...... So when I started, I knew I would never just sit and sew the geese straight through, I decided to aim for one a day. It became a habit to sit down to sew and grab one, and sew, and then move on to whatever project I was planning for the day.. I began to look foward to making them. 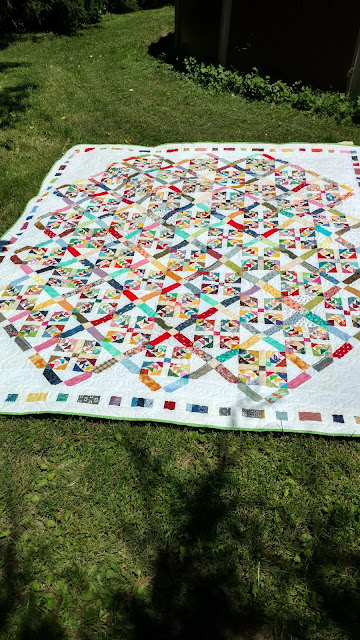 There was a crisis moment to the plan, when Bonnie's book addicted to scraps was available. I had started with these from Quiltmaker magazine with an idea of how I wanted to finish it. When the book came, I wondered if I would ever be happy if I didn't do it as awesome as Bonnie's. I decided I was dedicated to the one in my head. Bonnie's quilt would require a bazillion more goosey blocks. 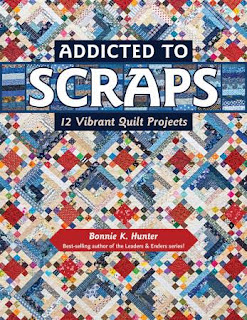 I haven't unloaded my bits and pieces box that I kept by my sewing machine. It is had become such a part of my sewing life that I might actually miss it. There is this inspirational picture.......... 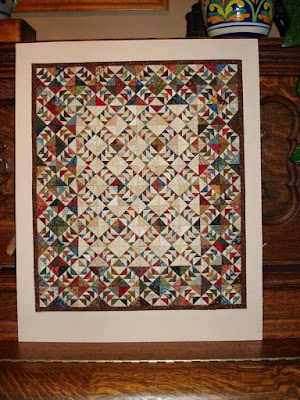 I also learned that many small acts can make a big impact. I attached my scripture reading to the same process, If I could make this quilt one block a day, I could read a chapter in my scriptures every day which was more important anyway. And since the older I get, the more I am tired, I need to be satisfied with little bites of energy and time and make the most of it. 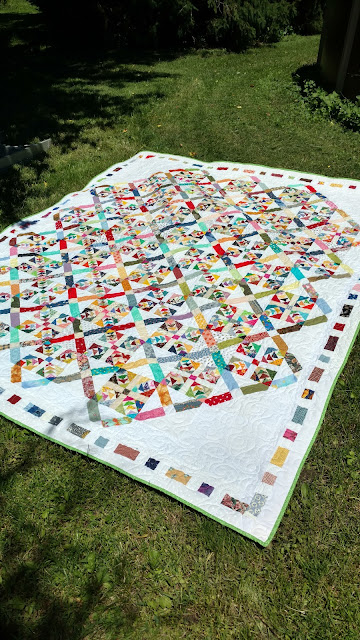 I am linking to:
Fiber Tuesday
Free Motion by the River
and one monthly goal
too cute tuesday 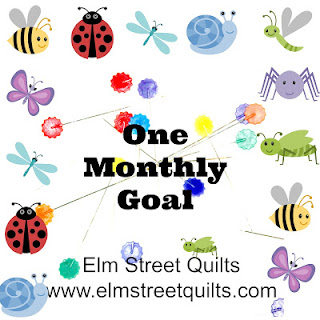 Posted by maggie fellow at 8:56 AM