After, I had the fussy cut border on Mill girls, it was time to miter the corners. The pattern called for varying lengths of strips in the border, preparing for the miter. I folded the quilt block itself on the diagonal, and that helped line up the borders on two sides. I pinned and pinned and then pinned some more. One hint: at the attached part of the border make sure the seam allowance in pushed up away from the border toward the quilt.It helps to find the sweet spot to start sewing. 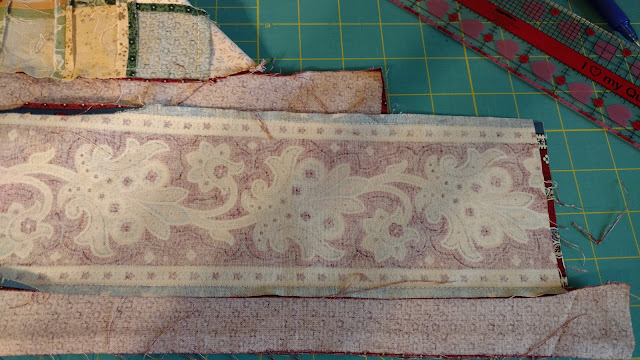 I slid the ruler, using the 45 degree line on the actual stitching line until I reached the point where the stitching stopped. I drew the line with a frixion pen. And stitched on that line from the quilt outward to the corner. 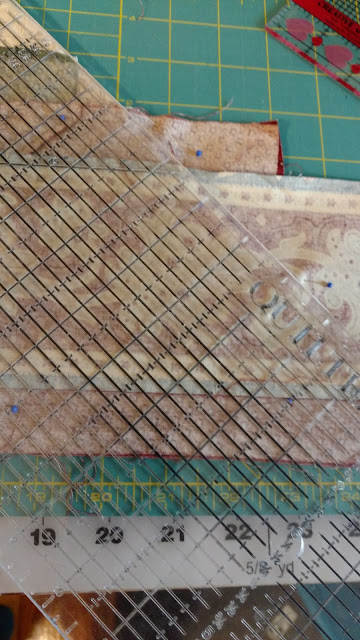 And then I cut off the extra. oooo scarey. I pressed the seam open and the tip at the quilt down toward the miter. 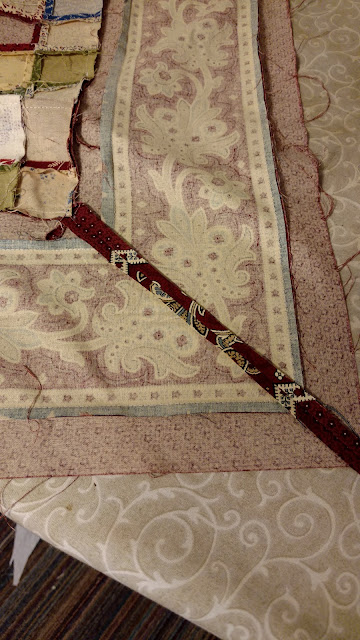 And I was thrilled with how well they mitered. All the lines were continuous. yipee. 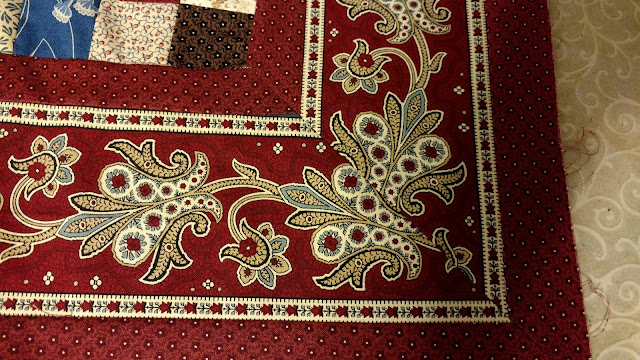 It is getting bigger and heavier. Next round will include all the 6 inch blocks that were made in the very early months. I thought the blocks would be the hardest to do, but seems easy peasy at this point.
I am still not happy about the four patch border being a little big. I wish there had been some measurement guidelines along the way to know if it was going to fit. 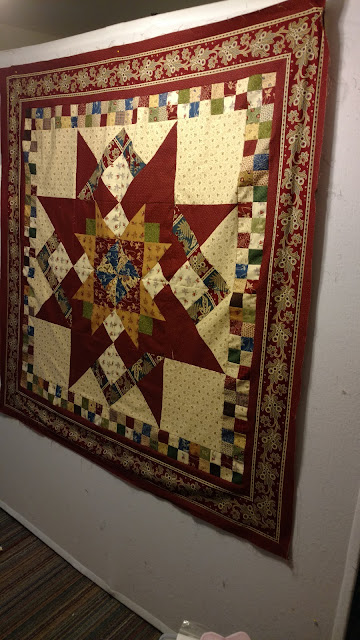 boms away
Posted by maggie fellow at 9:04 AM