I have had a big problem lately with balance. I can be just fine, and then, I feel like a prankster tries to push me over and topple me. So far I haven't fallen, and I am not dizzy. I can stand on one leg long enough, I just can't walk a straight line for very long. I have an unhealed hole in my eardrum, that the doctor thought might be the problem, so I visited with an ear specialist this week. He has decided that it is not my ear. He is referring me to a balance center. I had no idea there was such a thing. This could be interesting....

I did get another quilt of mine on the frame, but garden and doctors and house painting has left me no time to actually quilt. 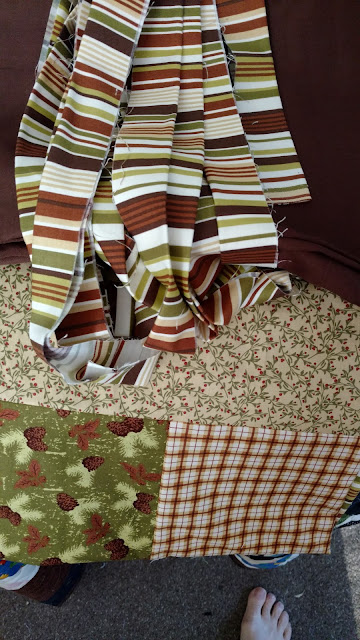 We had our 43rd wedding anniversary and Jeff took the night off work. We are just crazy romantics, so we canned tomatoes and went out to eat in Indianapolis. If you had told me 43 years ago that we would think a great way to celebrate our anniversary was this way, I would not have believed you. But, it was just about too much fun for these old folks. 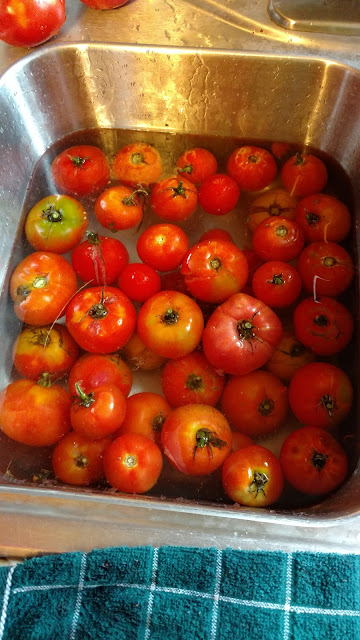 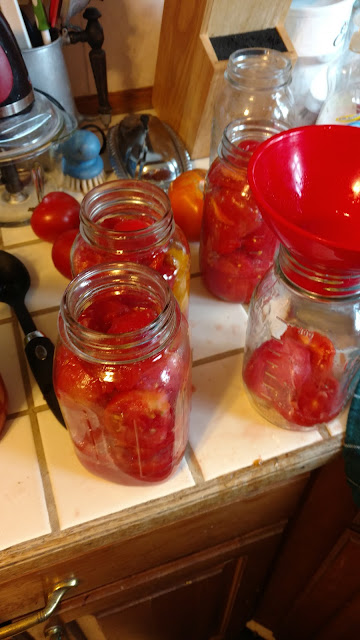 I am still working on glitter blocks 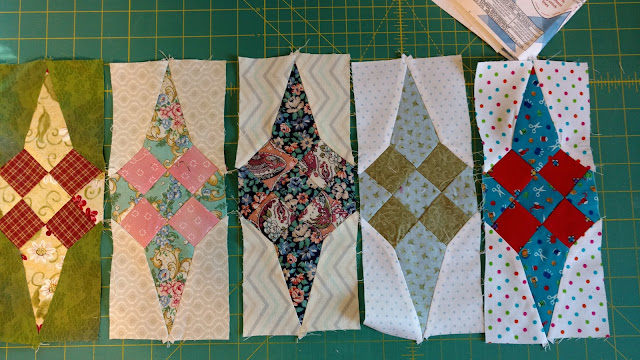 and I have the square in a square blocks done for the Spirit of Christmas quilt. 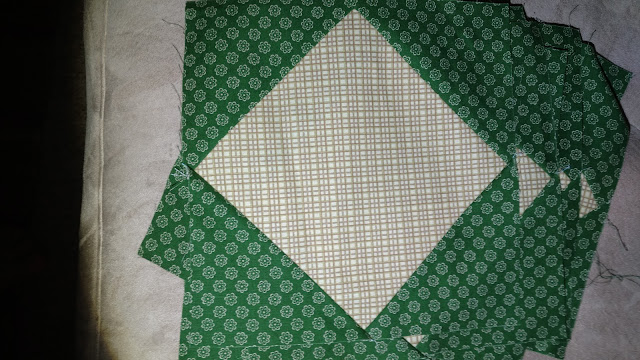 I am linking to:
Fiber Tuesday -
Free Motion by the River
to do tuesday
too cute tuesday