Recently, my hubby was permanently laid off from general moters. That meant it was time to bring THE tool boxes home. He is a machine repairman. Over the years, He has found great pleasure in "customizing" his little home away from home. I was fascinated with all the gizmos and doodads. 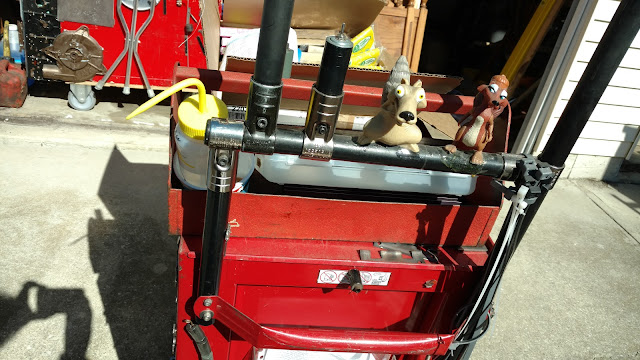 The black "garage" on top was made from the hard drives of all the computers He found in the trash when many of the engineers left during downsizing. 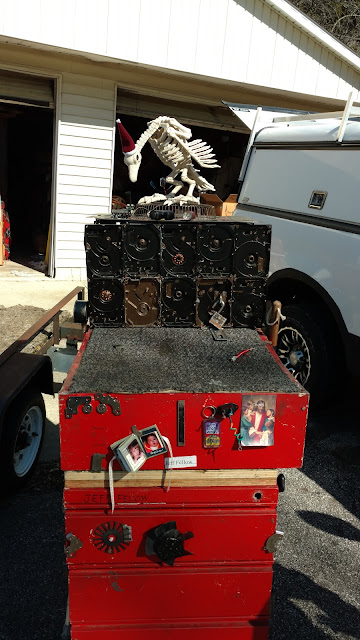 And it opens to reveal his take away tool carrier. 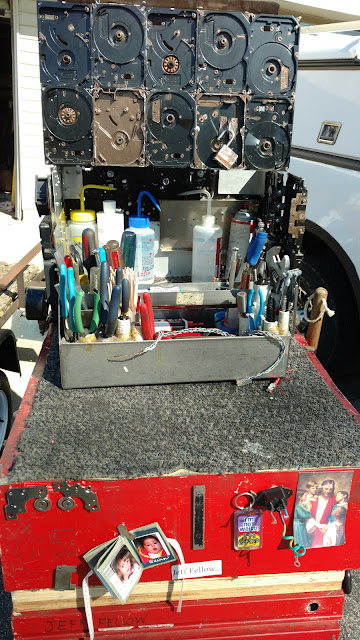 He found many magnetic gizmos in the trash as well and made use of them to keep important goodies easily accessable. 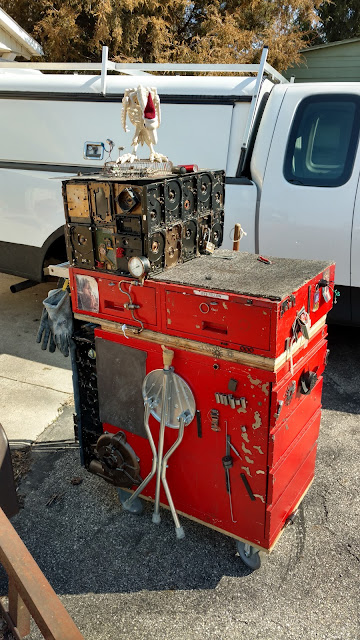 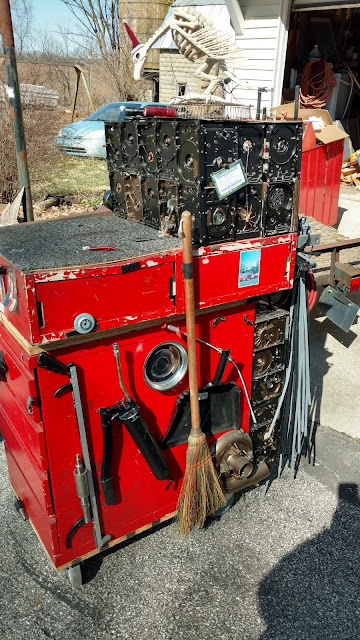 He created a door for the back part of the box as well from found trash parts. 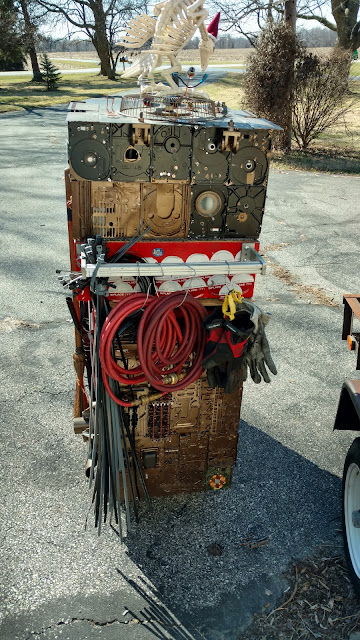 And it opens. I remember the tv show Batman as a young person. He would say Robin, the right tool for the right job, and then He would produce some magical gizmo from his tool belt. Batman would drool over this tool box.... 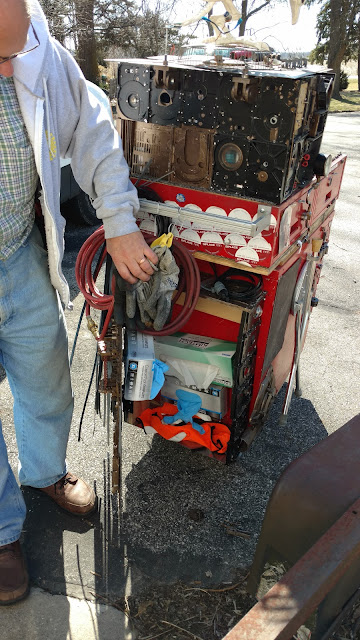 I love my hubby's fun take on his work, his ability to laugh at the irony, his talents, and his ability to make something from nothing. Let's hope he can do that with money. tee hee