The second day of retreat, I decided it was time to open an old ufo box and make decisions. In 2013 Pam Buda held a workshop in our guild, and talked about how quilters would often make do with what they had. This was the pattern called sugar mountain. Our instructions were to intentionally make some blocks different, as though we had run out of material. The pattern calls for 12 blocks, and I don't really do small quilts, so I had made more, but I didn't know how many to make because I didn't have a plan. It was time for a plan.
I dug through the box and sorted what I had. I had HSTs, strips, triangles, and few chunks. I made squares with the leftover pieces, and then, laid out the blocks. I needed 3 more and to cut several setting triangles. 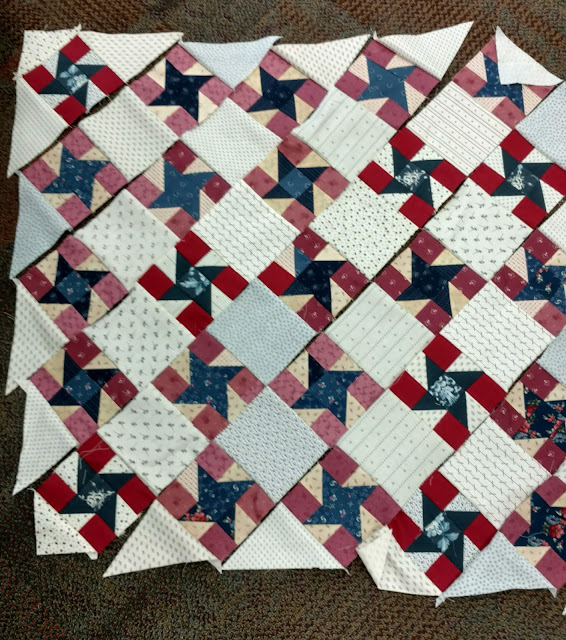 I had enough of the blue fabric to make a border, and by afternoon I had a top. It is still wall hanging size but it will get done. The best part of this finish, There was an unopened fat quarter bundle that was in the box, just in case I would need it. Now, it will be put back into the stash for play time. 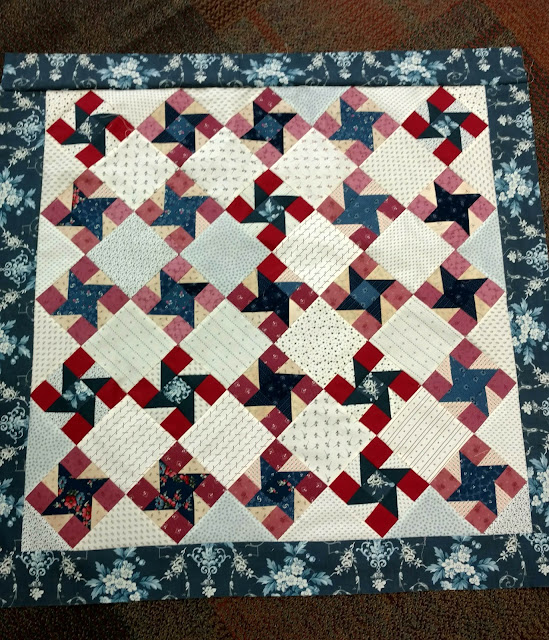 We had about 25 people at our retreat and everyone was busy making their projects. This was a beautiful quilt from a Jen Kingwell pattern called delillah. 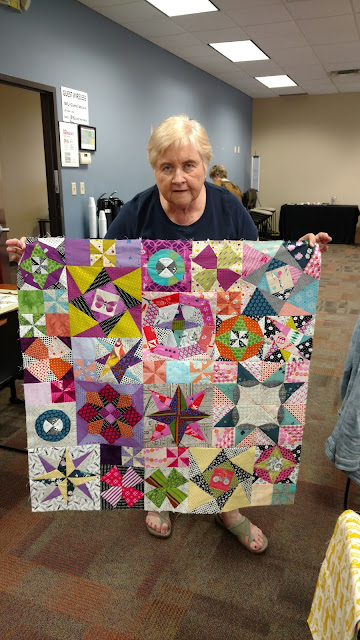 And a donation quilt made with applique butterflies. 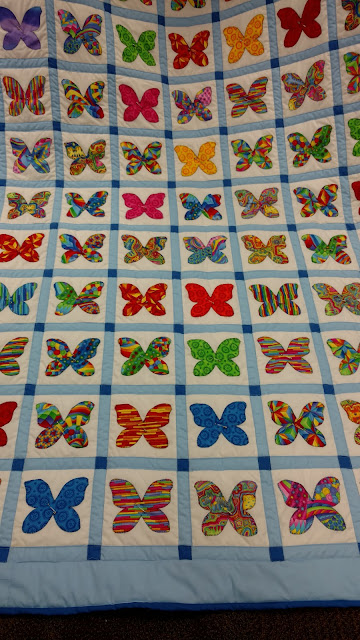 I am linking to:
creative compulsions

I was featured last week at
needle and thread Thursdays

Posted by maggie fellow at 8:07 AM